PRODUCTS BASED ON GYPSUM

PRODUCTS BASED ON LIME STONE

AUXILIARY PRODUCTS TO CONSTRUCTION OF UNDERGROUND

"STALTOP 500" cement based hardener with quartz additive for concrete surfaces 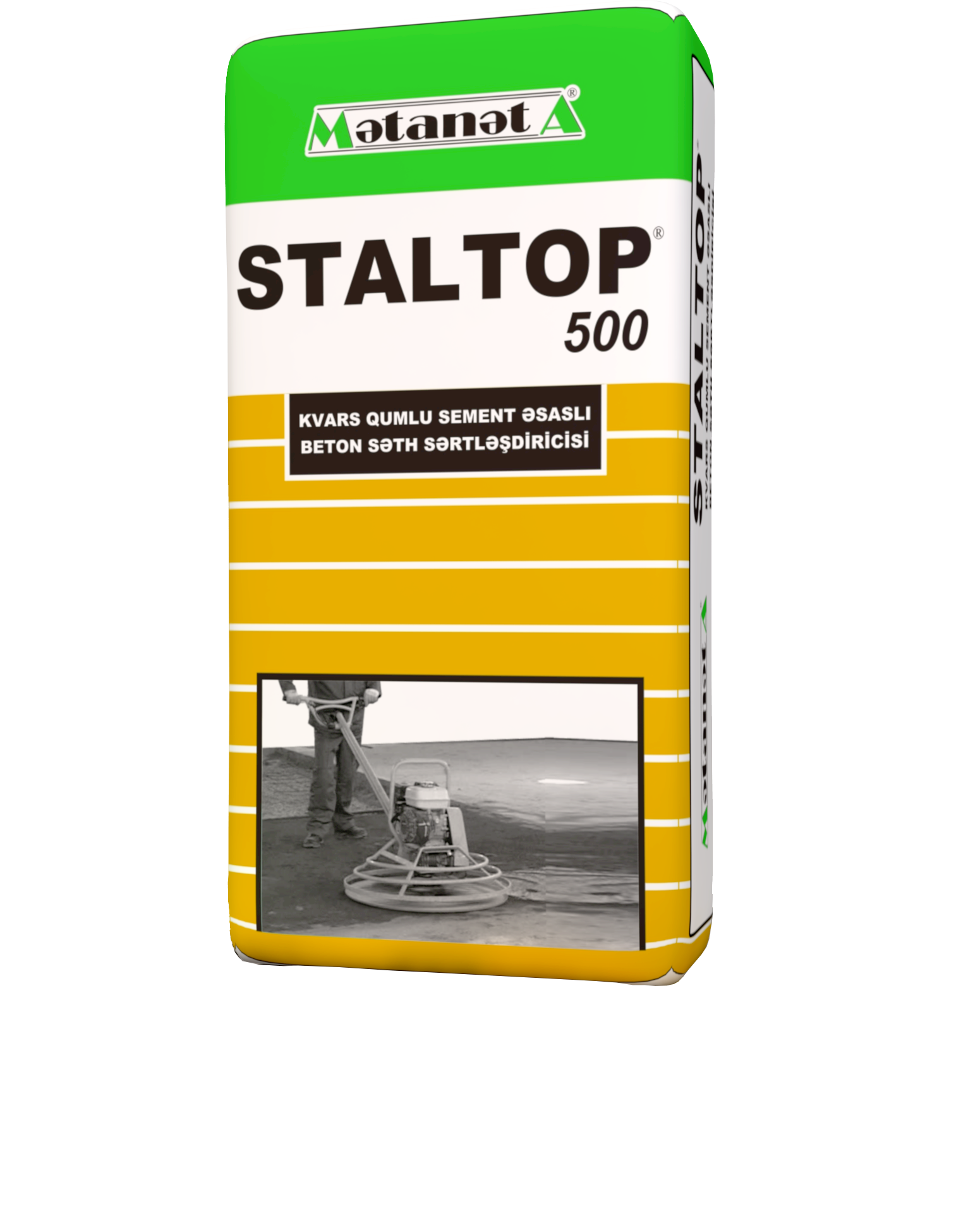 "STALTOP 500" cement based hardener with quartz additive for concrete surfaces

This surface hardener may be applied in the following areas:

Preparation of the surface. At least one day before laying  fresh concrete onto existing concrete surface the latter should be thoroughly saturated with water, however there should be no free water left on the surface. STALTOP 500 should be strewn onto the freshly-laid concrete surface. Prior to application the floor formwork should be arranged in square sections, cracks control intervals should be defined, and concrete should be laid in accordance with these rules. To prevent formation of cracks in the concrete, the intervening gaps approximately 1 cm wide should be left open along the perimeter of the provided square sections, and foam plastic panels should be places in these gaps. After the concrete is load the foam plastic panels should be removed, and the gaps should be filled with Fugaton elastic joint filling mixture. This will allow free expanding of the concrete without cracks.

To provide even edges of the freshly laid concrete the formwork should be cleaned and lubricated with МА Оil 100 formwork (mould) oil before each application. When laying the concrete the formwork should have the same height with the concrete layer. Installation of reinforcement elements between formwork structures will protect elastic joint filling mixture used to prevent continuous movement of the freshly laid concrete, which in its turn will increase the useful life of the joint filling mixture.

Before the concrete surface hardener application the lower guide screed edges should be V-cut to form approximately 5х5 mm triangle cutouts along the gaps. The cut areas should be filled with the STALTOP 500 mixed with a small amount of water. This procedure prevents spalling of the edges under loads. In order to prevent segregation of the additive substances in the composition of the concrete surface hardener during application the product should be strewn thickly. The application process may differ depending on the actual ambient or weather conditions.

After the first step finishing, the second step finishing is performed with concrete grinder blades. Grinding is performed till the required glazing degree is achieved. In order to prevent formation of small cracks, immediately after application of the hardener the moisture retaining МА Кür product should be applied onto the surface. This procedure enhances the effect of the STALTOP 500 application and helps to obtain the best results. The МА Кür product may be used both in summer and in winter.

The hardener application period may vary depending on the quality and grade of the concrete used and on the ambient conditions. In warm weather this period is shorter, while in cold weather it is increased. Prior to application pay attention to the hardening period of the concrete.

Depending on the purpose and traffic load the product consumption may be within 4-8 kg/m2. In case a light color is selected the minimum consumption shall be 7 kg/m2.

The product can be stored during 12 months in original sacks in dry conditions.

These products are used to 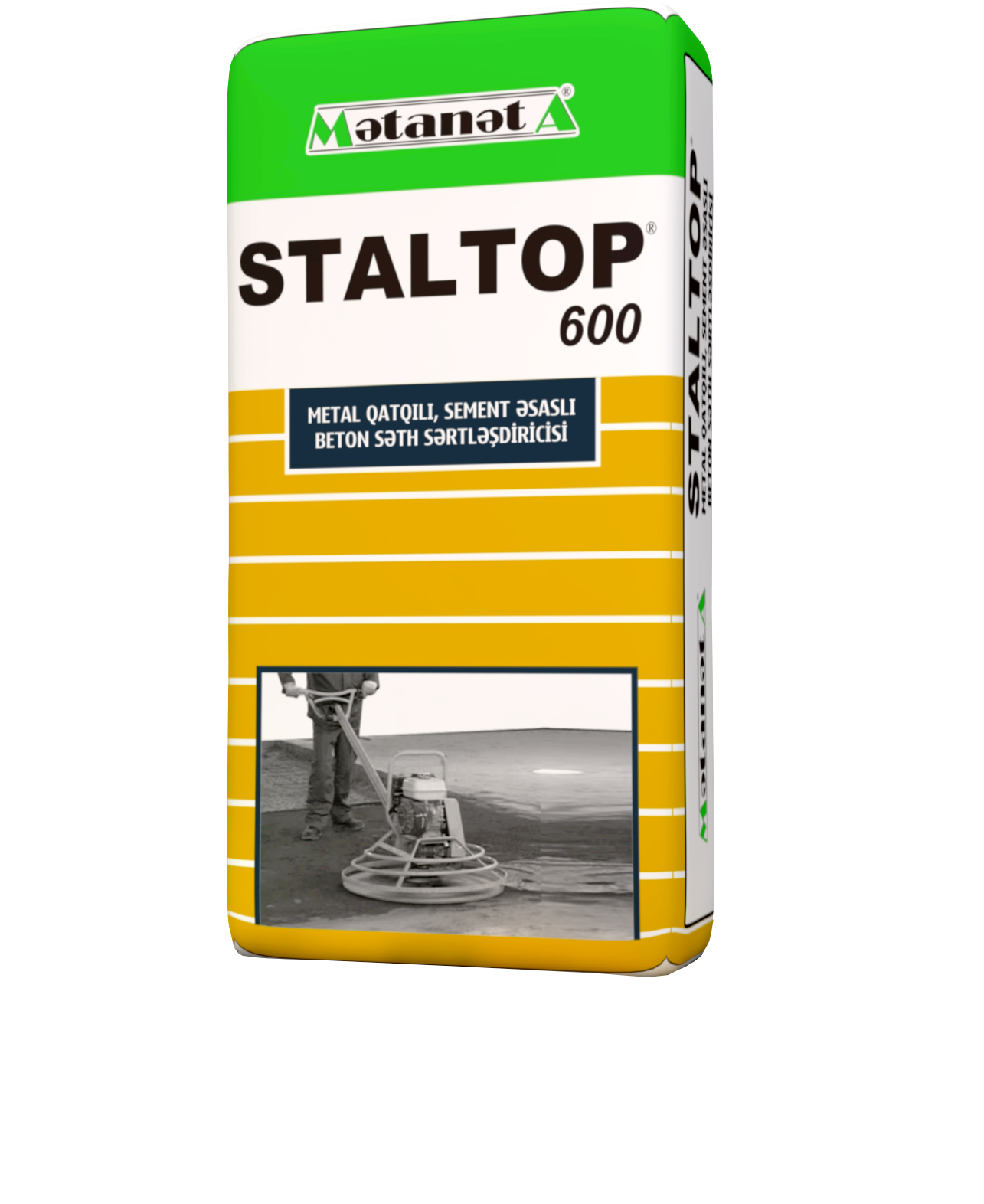 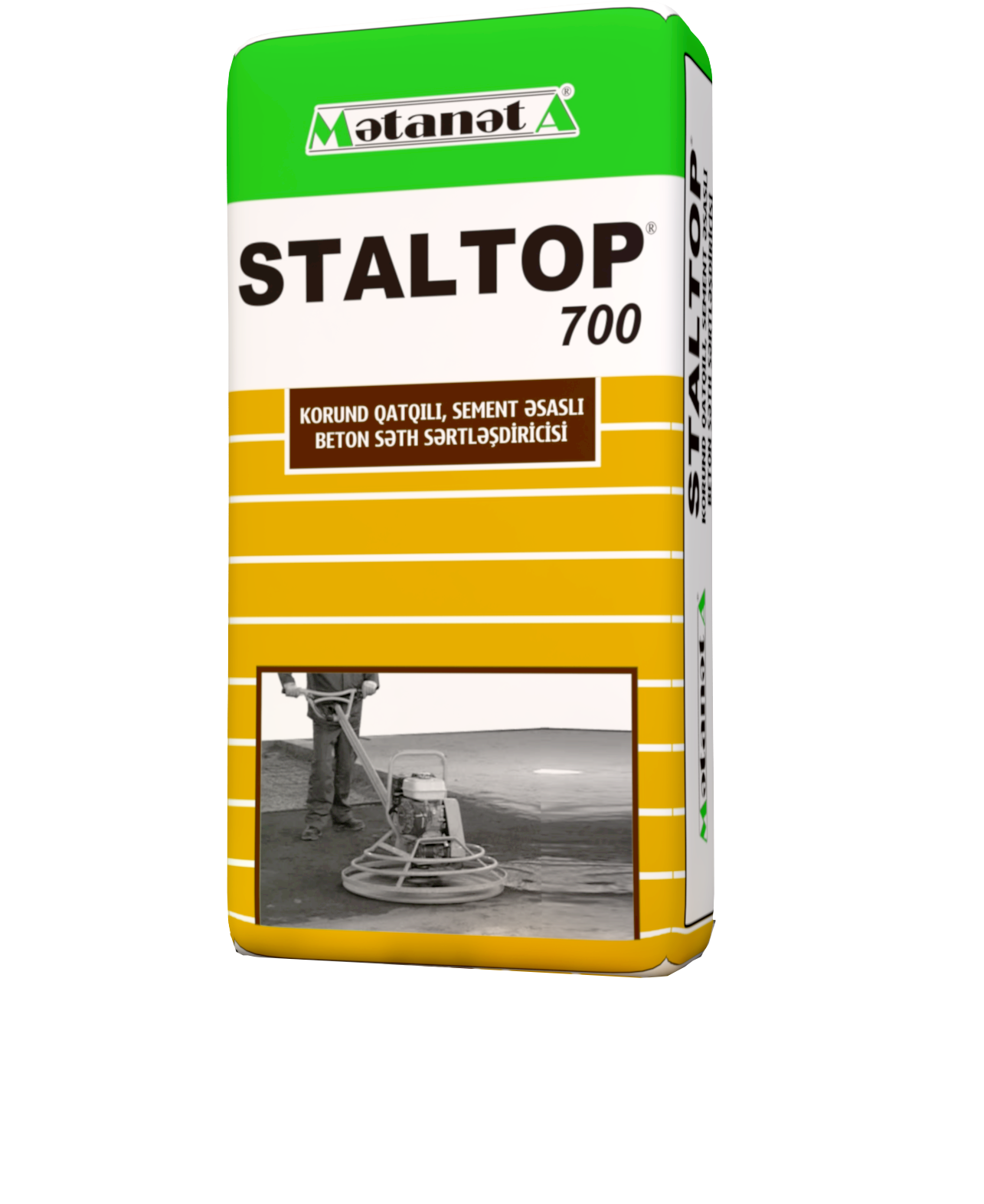